Some of the most iconic cars ever designed were manufactured in the post-war boom of the 1950s, which was a time of exploration and experimentation for the automobile industry. Advances in automotive technology sparked dramatic changes in manufacturing and efficiency, which caused significant economic growth and intense competition among automotive companies. 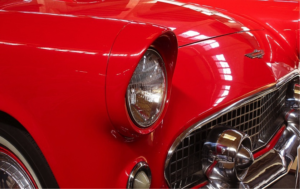 The average consumer had more disposable income after the American economy recovered from the war, which caused a hike in automobile prices. The thriving automotive industry created millions of jobs. In fact, one in six Americans employed at the time worked in the automotive industry in some capacity.

That economic environment, coupled with the emerging technology of the era, produced some of the best cars out there even today. Whether it’s a daily driver or a luxury car, they just don’t make them like they used to. Check out our top cars from the 1950s to see if your favorite model made the list.

The wraparound rear window was also a key feature of the style of the car’s body, offering greater visibility and lending a unique touch to the car’s design. The cost of a brand new Studebaker in 1951 was a little over $1,600. Today, you can buy the same car for $11,000. Still not bad for a classic. 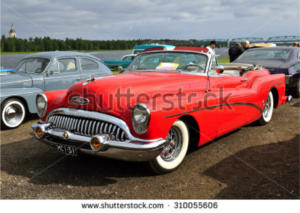 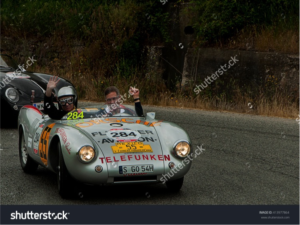 In fact, the Spyder was built so low to the ground that German Formula One driver Hans Herrman was able to drive it under lowered railroad crossing gates in 1954! After such an amazing feat, it’s no surprise the Spyder amassed racing victory after racing victory. Even with such an impressive racing record, the Spyder also doubled as an excellent daily driver, making it one of the most versatile cars on the market. 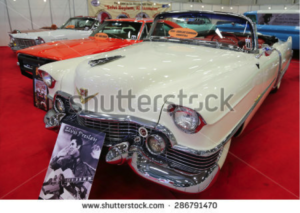 Just over 2,000 units were produced that year, so the 1954 Eldorado quickly became a rare model that car collectors and enthusiasts scrambled to acquire. And, for just over $4,700, acquiring one back then wasn’t exactly financially feasible for the average consumer. If you wanted to buy a mint condition 1954 Cadillac Eldorado today, you’d need to shell out $96,000. 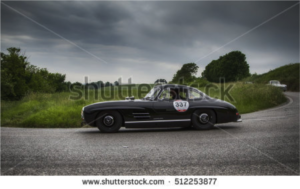 Described as a race car for the street, the 300SL quickly became famous for having the top speed of any vehicle produced at the time. Today, you can pick up a mint condition Mercedes-Benz 300SL at auction for just $1,500,000. (It might seem a little pricey, but it is a vintage Mercedes, and it was featured in a Bond film. And Bond cars don’t exactly come cheap.) 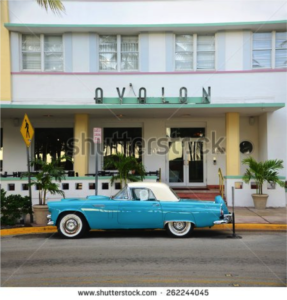 Producing it was a bold move on Ford’s part – especially considering they’d primarily produced sports cars up until 1953 – but it turned out to be wildly successful for the company. The following year, Ford added a backseat to the Thunderbird. They continued to manufacture Thunderbirds until 2005, making it one of the most successful Ford models in the company’s history.

While those changes caused the price of the car to skyrocket, the newly introduced features of the 1957 Chevrolet models established the Chevy as a classic car. The 1957 model of the Bel Air convertible was built lower to the ground and featured Chevy’s classic chrome headlight pods and tailfins for the very first time. The gold trim design added a luxurious touch to the convertible. Today, a mint condition 1957 Chevy Bel Air ranges from $37,000 to $120,000.

Modern cars are all about flashy technology and features, from built-in Wi-Fi and autonomous drivers to touchscreen radios and rearview cameras. The classic cars of the 50s, though, flawlessly combined luxury, style, and solid bodywork. No extra bells and whistles required. Granted, the 1950s saw the introduction of modern automotive staples such as seat belts, air conditioning, heating, power door and window controls, the V-8 engine, and fuel injection systems, among others.

The iconic cars of the 1950s not only paved the way for the cars we have today but established America as an international superpower. Even though America dominated the global automotive industry during the 1950s, countries like Germany and Italy produced some fine models of their own during that era, including the Porsche Spyder and the Alfa Romeo Giulietta. While these cars also went down in history as classics, they still couldn’t compete with the American cars of the 1950s.

What are your favorite cars from the 1950s? There are so many classics from the 1950s that it was impossible to include them all on our list. Let us know in the comments!

We use cookies to understand how you use our site and to improve your experience. By proceeding, you accept the use of cookies.Ok, I agreeTell me more